A specially designed formulation for conditions accompanied by neuroinflammation, neurodegeneration and neuropathic pain

is a significant physiological system that participates in the creation and maintenance of the balance (homeostasis) of human health.

It is comprised of: 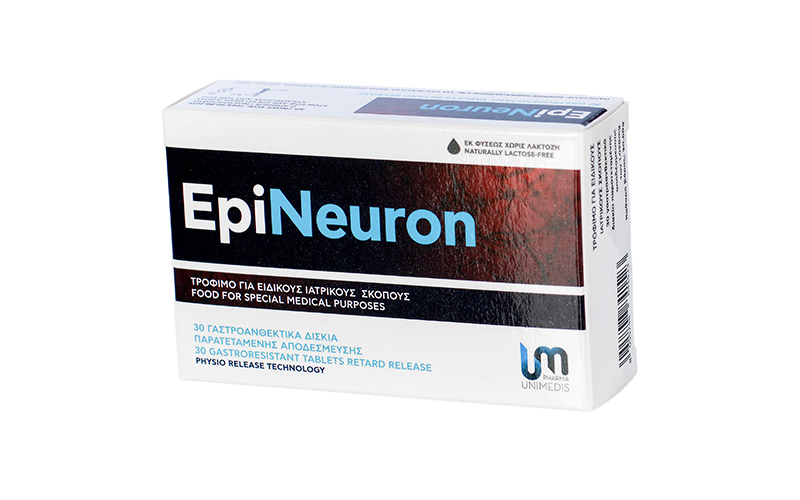 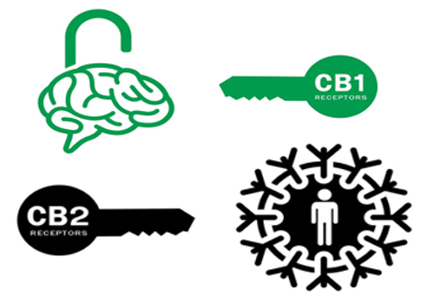 represent the largest and the most widespread receptor system in our body, present in the brain, all organs, and tissues.

CB1 receptors – play a major role in the control of pain, memory, and motor skills; they are predominantly located in the CNS (brain and spinal cord).

CB2 receptors – responsible for the anti-inflammatory effect of cannabinoids; they can be found in the PNS, immune system cells, gastrointestinal tract, and skin.

The term autacoids refers to endogenous compounds or their precursors or other derivatives produced on demand, and then metabolised in the same cells and/or tissues.

Classical medications block only one target receptor, which leads to a sudden cessation of the physiological process, but also leads to their side effects.

Modern medicine deals with endogenous compounds or their derivatives that use physiological pathways for modifying pathological processes, so the likelihood of side effects is low.

Endogenous lipid mediator which, during neuroinflammatory and neurodegenerative diseases, presents a factor of protection against inflammation, pain, and neuronal damage.

The mechanism of action:

Owing to the synergism of the multiple mechanism of action, PEA achieves significant therapeutic effects on the CNS and PNS!

Free radicals (oxidants) are molecules that contain one or more unpaired electrons and, thereby, have a strong tendency to take or give electrons to other molecules, which can lead to the change of molecule structure and their decomposition.

The imbalance between antioxidants and oxidants in favour of oxidants is defined as oxidative stress.

Oxidative stress is considered to be widely responsible for large lesions in the aging process, as well as for serious pathological conditions such as:

Antioxidants are molecules that can donate an electron to a free radical without becoming unstable themselves. That causes free radicals to become more stable and, therefore, less reactive.

is a specially designed formulation of active ingredients whose strong synergistic action qualifies it for the treatment of different pathological conditions involving neuroinflammation, neurodegeneration, and neuropathic pain:

EpiNeuron® use with oncology patients

SOD + ALA with the addition of vitamin E – mechanism of action

Owing to the strong synergistic action of the combination of active ingredients, EpiNeuron® can be used in the treatment of different pathological conditions that lead to the generation of pain:

EpiNeuron® is unique due to advance methods in the technology of its production:

*Physio Release Tehnology ® – a prolonged-release form that guarantees a constant effective level of the active substance in the blood during the treatment.