For the treatment of atopic dermatitis and dysbiosis of different causes

A new approach in the treatment of atopic dermatitis and dysbiosis of various causes.

Based on 355 mg hydrolysed lignin and 120 mg lactulose.

ATOPY is inherited tendency manifested by a strong reaction to common environmental stimuli (allergens). The manifestations of atopy could be: on the skin (eczema, allergic – atopic dermatitis), respiratory organs (asthma or allergic rhinitis), eyes (allergic conjunctivitis).

ATOPIC DERMATITIS (AD) is a chronic non-contagious skin condition characterised by: rash, intense skin itching, and suppressed immune functions of the skin. AD affects 3-15% of the entire population, with the incidence in children of 5-20% and in adults 2-10%.

The development of the condition can be described through three stages:

STAGE 1 – atopic skin is clinically manifested by very localized changes on the skin and redness on the cheeks, arms, knees, and elbows.

STAGE 2 – inflammation becomes chronic and spreads to other parts of the body. This triggers the immune system and generated IgE antibodies directed towards the allergens that more easily pass through the damaged and weakened skin barrier.

STAGE 3 – several years later, some children develop other forms of atopy such as allergic rhinitis and allergic asthma.

This is the last stage of the so-called “Atopic March”. It is usually combined with severe itching, scratching, and a high level of colonization of the bacteria Staphylococcus aureus.

What causes the occurrence of atopic dermatitis?

The exact cause of its occurrence has not been precisely defined, yet. A genetic predisposition is certainly one of the factors – the genetic mutation of the protein filaggrin leads to a breakdown of the skin’s protective barrier and dehydration, and then to the penetration of allergens from the environment into the skin, consequent allergic reactions, and itchy skin. With the colonization of bacteria on the damaged skin, a local infection develops.

On the other hand, “the hygiene hypothesis” was made stating that intestinal dysbiosis is at the heart of the disease occurring in 80-90% of the children with atopic dermatitis.

This hypothesis rests on the Hippocrates’ theory: “All diseases begin in the gut”, and it is based on knowing the role of bacteria that colonize the human gastrointestinal tract: physical protection of the intestinal wall, production of a range of antibiotic, antiviral, and antifungal substances; activation of the immune system against “invaders”, neutralization of toxins from food and toxins produced by micro-organisms; then, neutralization of heavy metals, and deactivation carcinogenic substances. Bacteria participate in the process of food digestion and nutrient absorption. They maintain the health of the intestinal wall cells – intestinal epithelium.

Bacteria inside the human gastrointestinal tract can be divided into:

Intestinal flora is damaged by antibiotics and other medicines, a diet rich in sugar and refined carbohydrates, toxins from food (gluten and industrial oils), stress, various diseases, old age, physical exertion, and exposure to toxins. This leads to the condition called INTESTINAL DYSBIOSIS.

INTESTINAL DYSBIOSIS leads to the occurrence of following diseases:

The treatment of atopic dermatitis

Conventional treatment is usually symptomatic: topical steroids or calcineurin inhibitors, antihistamines, then antibiotics for suspected occurrence of a skin bacterial infection. The treatment also involves oral corticosteroids. However, eczema as the main symptom of atopic dermatitis returns after discontinuation of this type of therapy – they are effective, but on the other hand, they can cause serious side effects if taken over a long period of time. Cotton clothes sometimes help in the protection of the skin from irritation and scratching. Soap products containing Sodium Lauryl Sulfate or any other triggers that cause allergic reaction should be avoided.

Quite frequently, the treatment does not provide the adequate results. This is well-illustrated by a survey conducted by paediatricians in the Cantons of Sarajevo, Zenica, and Tuzla in 2018.

As many as 91% of the doctors were not satisfied with the application of the described conventional treatment of atopic dermatitis in children of various ages.

SALAPON® tablets in the treatment of atopic dermatitis

The administration of SALAPON® tablets presents a new therapeutic approach to the treatment of atopic dermatitis.

Hydrolysed lignin is an enterosorbent. Oral intestinal adsorbents are substances for oral administration that pass through intestines (do not get absorbed) where they bind (adsorb) various substances.

Lactulose is a prebiotic – non-digestible fibres pass through the small intestine undigested and ferment when they reach the colon. This fermentation process feeds colonies of useful bacteria (including probiotic bacteria) and helps increase their numbers, which is directly related to better health and reduced risk of various diseases.

Lactulose is a semisynthetic disaccharide – prebiotic. Lactulose has been used for 50 years in medicine for the stimulation of growth of bifidus and lactobacteria. Lactulose also stimulates short-chain fatty acid synthesis in Bifidobacteria and Lactobacilli. Short-chain fatty acids can affect immune modulation owing to their ability to increase the production of IL-10 and TGF-b1. Then, IL-10 and TGF-b1, as anti-inflammatory cytokines play a crucial role in the reduction of the reaction caused by allergens.

Lactulose is an osmotic laxative in the clinical treatment of constipation. It is also used for the treatment of hyperammonemia caused by hepatic encephalopathy. As a prebiotic, it exhibits a bifidogenic effect: it is resistant to gastric acid, hydrolysis of mammalian enzymes, and it is not absorbed in the GIT. Lactulose is fermented by the intestinal microflora. It selectively stimulates normal intestinal flora (beneficial microbiota, bacterial normobiocenosis). Prebiotics have shown to be useful in the excretion of nitrogen through digestive tract and they help renal function. Tolerance and efficiency have been demonstrated in patients with chronic renal failure.

Due to its unique dual mechanism of action, SALAPON® acts against the cause of the disease: 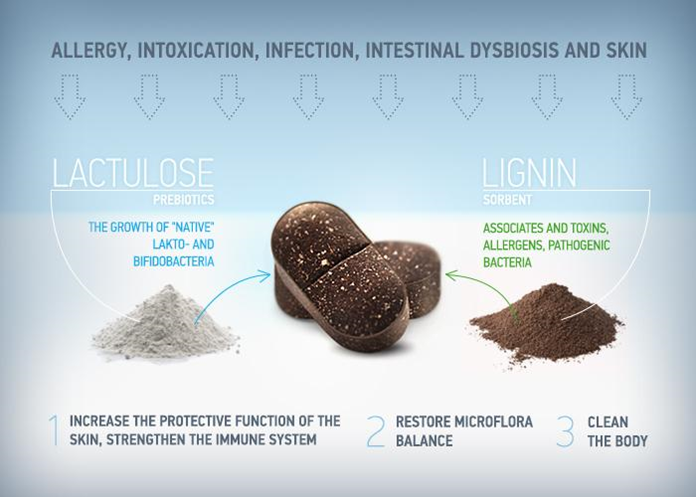 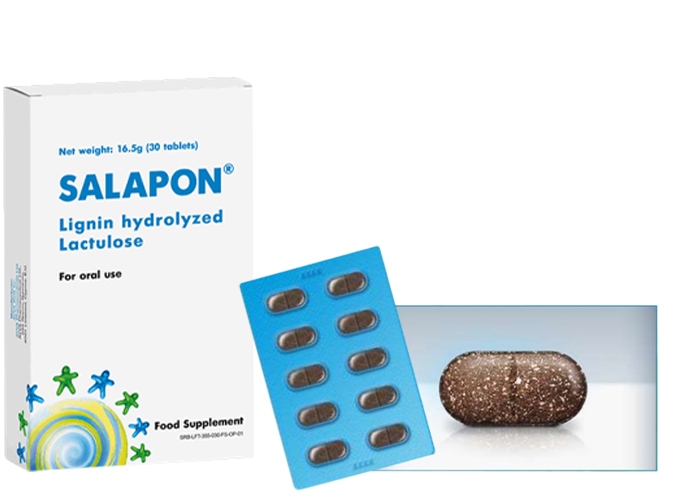 SALAPON® tablets – additional indications for use

Salapon®, as an addition to the standard viral hepatitis therapy, contributes to a shorter duration and lower intensity of intoxication (fatigue, headache, decreased appetite, anorexia, fever), dyspepsia, pain, and jaundice. Such therapy has shown the accelerated normalization of the liver function and thickened gallbladder wall, cleansing of gallstones

Why to use SALAPON® tablets?

More than 400 million packages sold around the world! 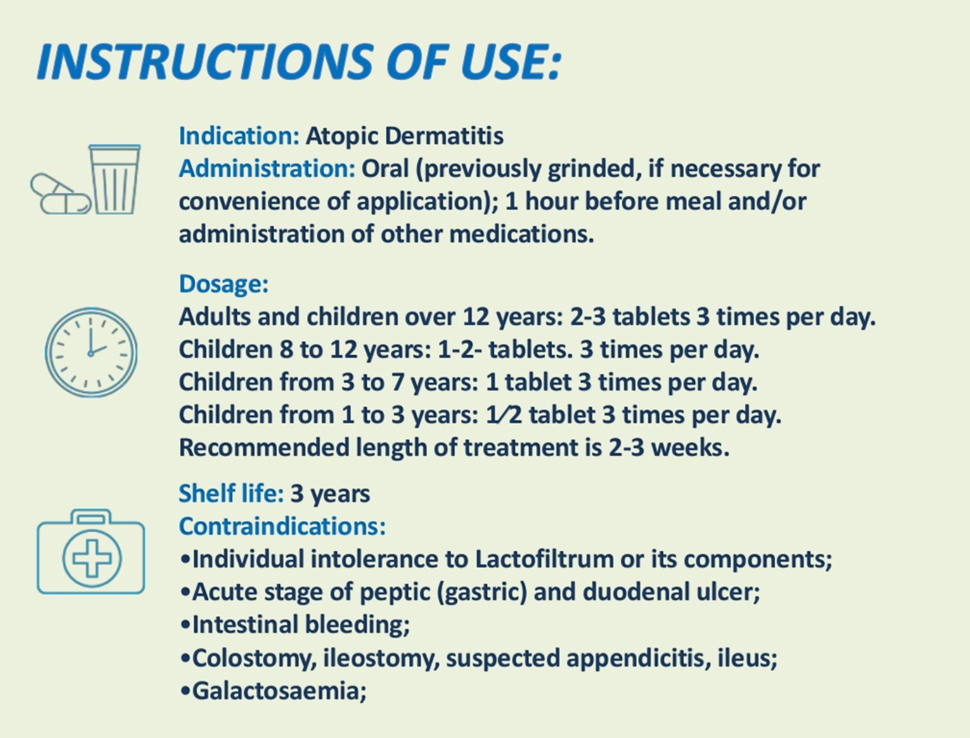 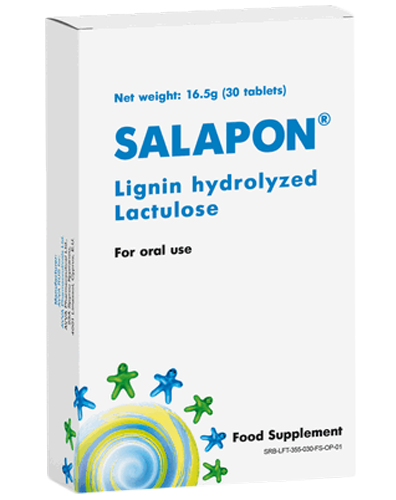 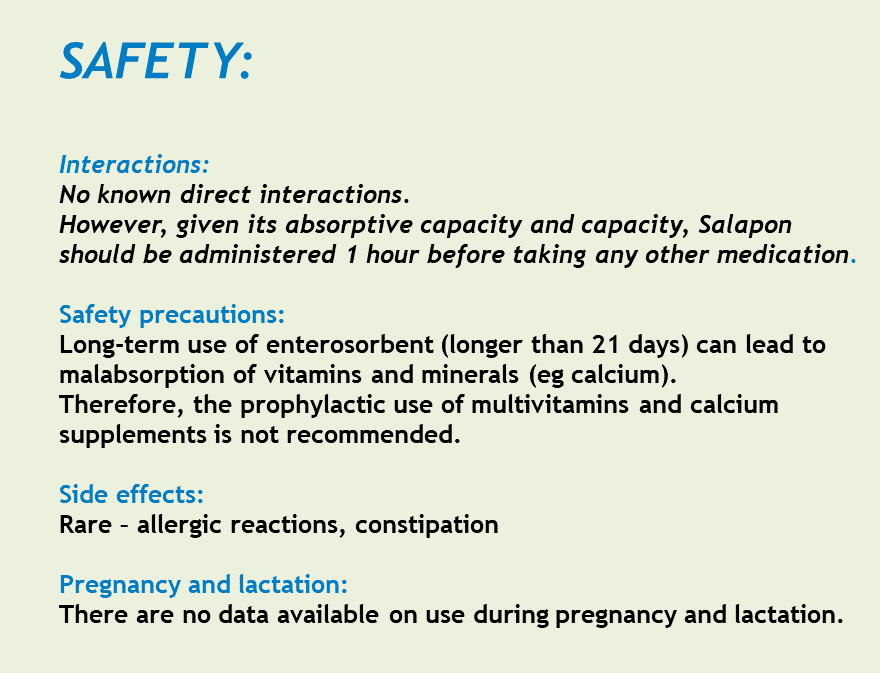